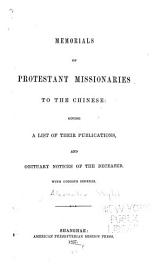 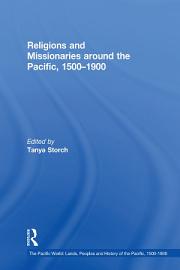 This volume takes an interdisciplinary approach to the study of religious cultural exchanges around the Pacific in the period 1500-1900, relating these to economic and political developments and to the expansion of communication across the area. It brings together twenty-two pieces, from diaries of religious exiles and missionary field observations, to studies from a variety of academic disciplines, so enabling a multitude of voices to be heard. The articles are grouped in sections dealing with the Islamic period, the Iberian Catholic period, the Jewish diaspora, the Russian Orthodox church, the epoch of Protestant culture and finally Asian immigrant religions in the West; a substantial introduction contextualizes these chapters in terms of both historical and contemporary approaches. 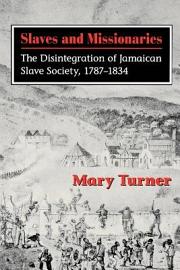 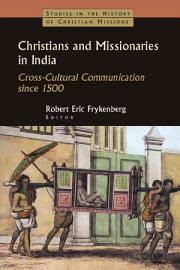 The assumption that Christianity in India is nothing more than a European, western, or colonial imposition is open to challenge. Those who now think and write about India are often not aware that Christianity is a non-western religion, that in India this has always been so, and that there are now more Christians in Africa and Asia than in the West. Recognizing that more understanding of the separate histories and cultures of the many Christian communities in India will be needed before a truly comprehensive history of Christianity in India can be written, this volume addresses particular aspects of cultural contact, with special reference to caste, conversion, and colonialism. Subjects addressed range from Sanskrit grammar to populist Pentecostalism, Urdu polemics and Tamil poetry. 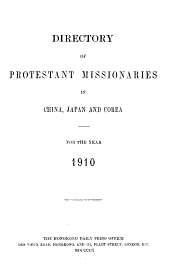 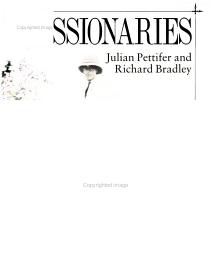 Examines the traditional and nontraditional work of past and present missionaries in locations ranging from small tribes to large cities, and provides interviews with actual missionaries 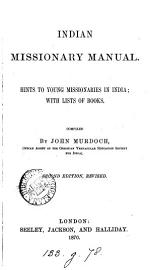 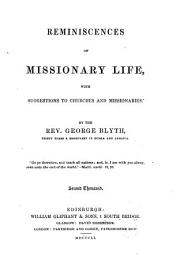 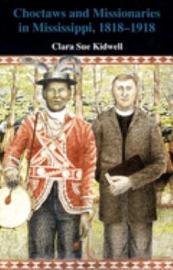 The present-day Choctaw communities in central Mississippi are a tribute to the ability of the Indian people both to adapt to new situations and to find refuge against the outside world through their uniqueness. Clara Sue Kidwell, whose great-great-grandparents migrated from Mississippi to Indian Territory along the Trail of Tears in 1830, here tells the story of those Choctaws who chose not to move but to stay behind in Mississippi. As Kidwell shows, their story is closely interwoven with that of the missionaries who established the first missions in the area in 1818. While the U.S. government sought to “civilize” Indians through the agency of Christianity, many Choctaw tribal leaders in turn demanded education from Christian missionaries. The missionaries allied themselves with these leaders, mostly mixed-bloods; in so doing, the alienated themselves from the full-blood elements of the tribe and thus failed to achieve widespread Christian conversion and education. Their failure contributed to the growing arguments in Congress and by Mississippi citizens that the Choctaws should be move to the West and their territory opened to white settlement. The missionaries did establish literacy among the Choctaws, however, with ironic consequences. Although the Treaty of Dancing Rabbit Creek in 1830 compelled the Choctaws to move west, its fourteenth article provided that those who wanted to remain in Mississippi could claim land as individuals and stay in the state as private citizens. The claims were largely denied, and those who remained were often driven from their lands by white buyers, yet the Choctaws maintained their communities by clustering around the few men who did get title to lands, by maintaining traditional customs, and by continuing to speak the Choctaw language. Now Christian missionaries offered the Indian communities a vehicle for survival rather than assimilation. 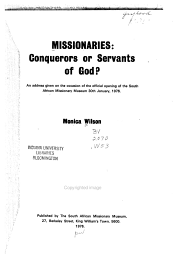 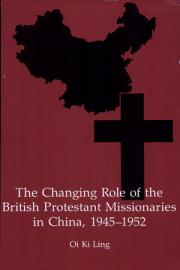 This book focuses on the British Protestant missionaries in China in the period from 1945 to 1952. It captures the complexity and contradictions between the missionaries' own perception of their role and Chinese reality. It also examines the missionaries' perception of the nature of Communism and their evaluation of the future prospects under Communist rule. This study offers a stimulating reflection on the missionaries' strategies for propagating the Christian faith, their priorities, and theological as well as cultural assumptions with regard to mission and politics, mission and culture, and mission-church relations during the transition from Guomindang to Communist rule. In general terms, it provides an insight into the idealism and frustrations of missionaries as they wrestled with the changing political context in China. 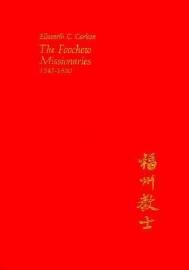 This detailed study investigates the early decades (1847-1880) of Protestant missionary work in one of the important provincial capitals of China. Missionary activities are examined from the points of view of the missionaries themselves, of the British and American consuls in Foochow, and of the Chinese officials in Foochow and in the Prefectural and District Cities around. The author gives careful consideration to the obstacles to missionary success, including sources of conflict between the missionaries and the Chinese. The Wu-shih-shan incident of 1878 in Foochow is given special attention. 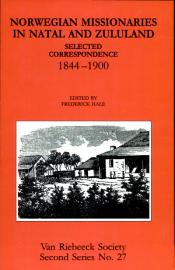 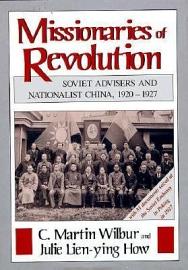 During the 1920s the Soviet Union made a determined effort to stimulate revolution in China, sending several scores of military and political advisers there, as well as arms and money to influence political developments. The usual secrecy surrounding Soviet foreign intervention was broken when the Chinese government seized a mass of documents in a raid on the Soviet military headquarters in Peking in 1927. 'Missionaries of Revolution' weaves together information gleaned from these documents with contemporary historical materials. 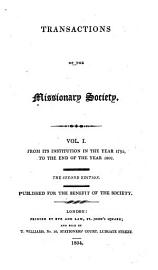 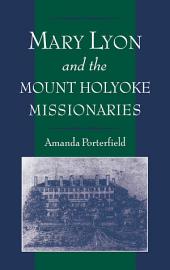 American women played in important part in Protestant foreign missionary work from its early days at the beginning of the nineteenth century. This work allowed them to disseminate the Prostestant religious principles in which they believed, and by enabling them to acquire professional competence as teachers, to break into public life and create new opportunities for themselves and other women. No institution was more closely associated with women missionaries than Mount Holyoke College. In this book, Amanda Porterfield examines Mount Holyoke founder Mary Lyon and the missionary women she trained. Her students assembled in a number of particular mission fields, most importantly Persia, India, Ceylon, Hawaii, and Africa. Porterfield focuses on three sites where documentation about their activities is especially rich-- northwest Persia, Maharashtra in western India, and Natal in southeast Africa. All three of these sites figured importantly in antebellum missionary strategy; missionaries envisioned their converts launching the conquest of Islam from Persia, overturning "Satan's seat" in India, and drawing the African descendants of Ham into the fold of Christendom. Porterfield shows that although their primary goal of converting large numbers of women to Protestant Christianity remained elusive, antebellum missionary women promoted female literacy everywhere they went, along with belief in the superiority and scientific validity of Protestant orthodoxy, the necessity of monogamy and the importance of marital affection, and concern for the well-being of children and women. In this way, the missionary women contributed to cultural change in many parts of the world, and to the development of new cultures that combined missionary concepts with traditional ideals. 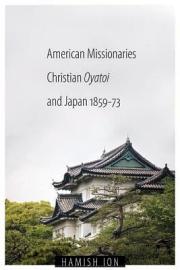 Japan closed its doors to foreigners for over two hundred years because of religious and political instability caused by Christianity. By 1859, foreign residents were once again living in treaty ports in Japan, but edicts banning Christianity remained enforced until 1873. Drawing on an impressive array of English and Japanese sources, Ion investigates a crucial era in the history of Japanese-American relations the formation of Protestant missions. He reveals that the transmission of values and beliefs was not a simple matter of acceptance or rejection: missionaries and Christian laymen persisted in the face of open hostility and served as important liaisons between East and West. 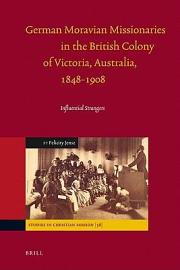 Focusing on the six decades that German Moravian missionaries worked in the British colony of Victoria, Australia, this book enriches understanding of colonial politics and the role of the non-British other in manipulating practice and policy in foreign realms. Central to the transnational nature of the book are questions of identity and of how individuals, and the organisations they worked for, can be seen as both colluders and opposers within nation-state borders and politics. It analyses the ways in which the Moravian missionaries navigated competing agendas within the colonial setting, especially those that impacted on their sense of personal vocation, their practices of conversion, and their understandings of the indigenous non-Christian peoples in the settler society of Victoria. 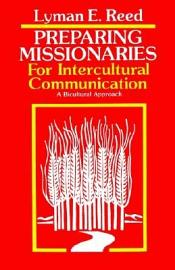 There is an increasing need for adequately prepared missionaries. It is obvious that the need for training missionaries is ever with us. How well are we accomplishing this vital task? Preparing Missionaries for Intercultural Communication will enable cross-cultural missionaries become effective communicators of God's Word. 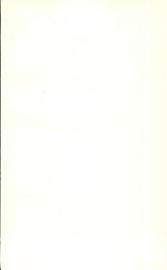