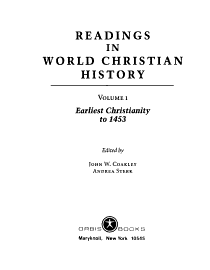 This companion to "History of the World Christian Movement explores how varied and multi-cultural Christian origins and history really are. 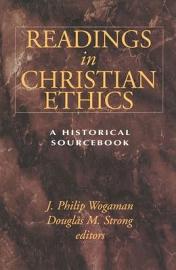 Contains 70 readings from the Fathers to Bernard Haring from Catholic and Protestant traditions. 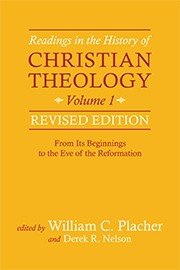 William C. Placher and Derek Nelson compile significant passages written by the most important Christian thinkers, from the early church through the Middle Ages, and up to the beginning of the sixteenth century. Illustrating the major theologians, controversies, and schools of thought, Readings in the History of Christian Theology is an essential companion to the study of church history and historical theology. Excerpts are preceded by the editors' introductions, allowing the book to stand alone as a coherent history. This revised edition expands the work's scope with the addition of many new texts, especially those from the voices of women and others who have been marginalized from the theological tradition. This valuable resource brings together the writings of major theologians from the church's history for a new generation of students. 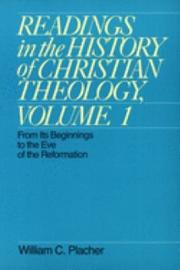 Discusses Gnosticism, the School of Alexandria, the Trinitarian controversies, Eastern theology, Saint Augustine, and theologians of the Middle Ages 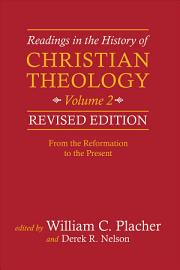 William Placher and Derek Nelson compile significant passages written by the most important Christian thinkers, from the Reformers of the sixteenth century through the major participants in the contemporary theological conversation. Illustrating the major theologians, controversies, and schools of thought, Readings in the History of Christian Theology is an essential companion to the study of church history and historical theology. Excerpts are preceded by the editors' introductions, allowing the book to stand alone as a coherent history. This revised edition expands the work's scope, drawing throughout on more female voices and expanding to include the most important twenty-first-century theological contributions. This valuable resource brings together the writings of major theologians from the church's history for a new generation of students. 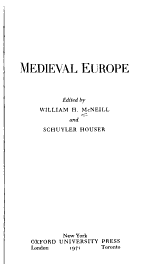 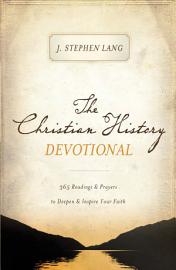 A fresh and inspirational daily encounter with fascinating people, pivotal moments, and crucial issues over two millennia of Christian history. What happened on this day-or, more precisely, what happened on this day that should interest and inspire Christians? The Christian History Devotional has the answer. For every day of the year, The Christian History Devotional contains a Bible verse, a brief story from Christian history connected with the date, and a prayer that applies the day's story to the reader's life. It turns Christian history, which many readers might assume is boring or irrelevant, into an uplifting and fascinating devotional experience. While drawing from two thousand years of history, Lang provides readers with fascinating stories from a wide span of subjects-missions, evangelism, social reforms, Bible versions, martyrdoms, church-state relations, music, art, and literature. 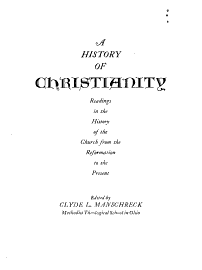 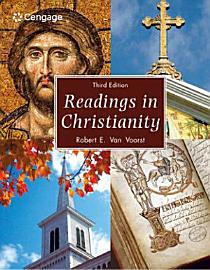 This book is designed to introduce students to the world of Christian scholarship by way of primary literary sources. It contains the most notable and instructive primary sources from the entire sweep of Christian history, along with accessible introductions, line-by-line annotations, study questions, a glossary, and suggestions for further reading. Important Notice: Media content referenced within the product description or the product text may not be available in the ebook version. 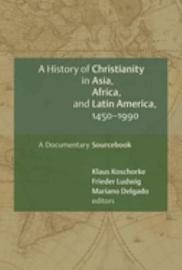 The map of world Christianity has changed dramatically, with a large number of Christians living in Africa, Asia, and Latin America. This text is a comparative documentary history of Christianity for these regions covering the period 1450-1990. 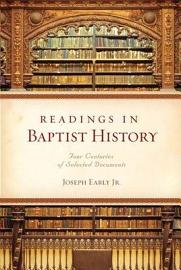 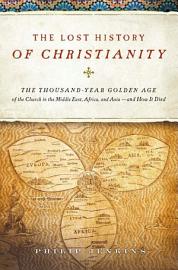 “Jenkins is one of America’s top religious scholars.” —Forbes magazine The Lost History of Christianity by Philip Jenkins offers a revolutionary view of the history of the Christian church. Subtitled “The Thousand-Year Golden Age of the Church in the Middle East, Africa, and Asia—and How It Died,” it explores the extinction of the earliest, most influential Christian churches of China, India, and the Middle East, which held the closest historical links to Jesus and were the dominant expression of Christianity throughout its first millennium. The remarkable true story of the demise of the institution that shaped both Asia and Christianity as we know them today, The Lost History of Christianity is a controversial and important work of religious scholarship that sounds a warning that must be heeded. 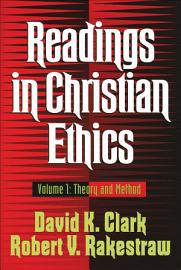 Essays by leading ethicists provide students with a comprehensive introduction to ethical thinking. 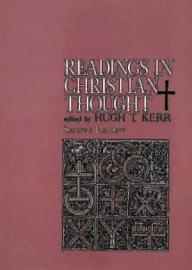 Illuminates the history and development of Christian thought by offering selections from the writings of 55 great Christian theologians. The volume includes substantial excerpts from notable women theologians and from black and liberation perspectives, plus a new section from deceased theologians such as Thomas Merton, Martin Luther King, Jr., and Karl Rahner. Each passage is prefaced by detailed introductory comments on the life and thought of each theologian and the significance of his/her work. 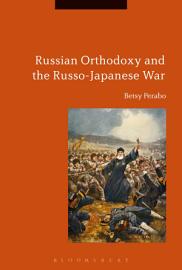 How should Christians think about the relationship between the exercise of military power and the spread of Christianity? In Russian Orthodoxy and the Russo-Japanese War, Betsy Perabo looks at the Russo-Japanese War of 1904-5 through the unique concept of an 'interreligious war' between Christian and Buddhist nations, focusing on the figure of Nikolai of Japan, the Russian leader of the Orthodox Church in Japan. Drawing extensively on Nikolai's writings alongside other Russian-language sources, the book provides a window into the diverse Orthodox Christian perspectives on the Russo-Japanese War – from the officials who saw the war as a crusade for Christian domination of Asia to Nikolai, who remained with his congregation in Tokyo during the war. Writings by Russian soldiers, field chaplains, military psychologists, and leaders in the missionary community contribute to a rich portrait of a Christian nation at war. By grounding its discussion of 'interreligious war' in the historical example of the Russo-Japanese War, and by looking at the war using the sympathetic and compelling figure of Nikolai of Japan, this book provides a unique perspective which will be of value to students and scholars of both Russian history, the history of war and religion and religious ethics. 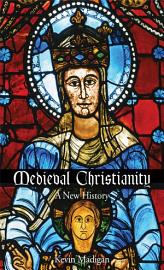 A new narrative history of medieval Christianity, spanning from A.D. 500 to 1500, focuses on the role of women in Christianity; the relationships among Christians, Jews and Muslims; the experience of ordinary parishioners; the adventure of asceticism, devotion and worship; and instruction through drama, architecture and art. 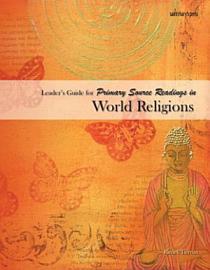 Studying world religions is an intellectual challenge coupled with an emotional endeavor to grow in sensitivity to the mystery of human nature. Teaching world religions requires an openness to new languages, cultures and beliefs. By exploring the history of dialogue, students can begin to appreciate the unique contributions of each tradition without forgoing their own. Primary Source Readings in World Religionsintroduces your students to foundational texts of many of the world's main religions. This leader's guide brings you the expertise of a veteran world religions teacher who not only provides helpful insight into the readings but also lends the wisdom gained from years of guiding young people in deepening their understanding of different faith traditions. The leader's guideprovides you with continuity and variety. Each chapter includes these elements: summaries of the primary source readings from the student book an activity to help you guide students through each of the readings additional activities to further explore the issues suggestions for prayer related to the chapter topic action ideas related to the chapter topic 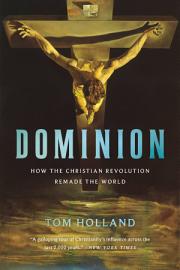 A historian of antiquity shows how the Christian Revolution forged the Western imagination Crucifixion, the Romans believed, was the worst fate imaginable. It was this that rendered it so suitable a punishment for slaves. How astonishing it was, then, that people should have come to believe that one particular victim of crucifixion-an obscure provincial by the name of Jesus-had been a god. Dominion explores the implications of this shocking conviction as they have reverberated throughout history. Today, the West remains utterly saturated by Christian assumptions. Our morals and ethics are not universal. Instead, they are the fruits of a very distinctive civilization. Concepts such as secularism, liberalism, science, and homosexuality are deeply rooted in a Christian seedbed. From Babylon to the Beatles, Saint Michael to #MeToo, Dominion tells the story of how Christianity transformed the world. 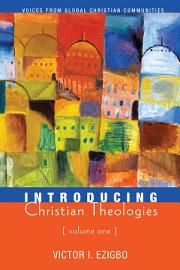 Should Christianity's theological face remain largely European and North American in the twenty-first century in the wake of the expansion of Christianity in sub-Saharan Africa, Asia, and Latin America? The question about the "theological face" of Christianity cannot be ignored. For too long African, Asian, and Latin American theologians have been left out of mainstream theological discussions. Few standard textbooks on Christian theology acknowledge the unique contributions theologians from these continents have made to global Christianity. Introducing Christian Theologies: Voices from Global Christian Communities is a two-volume textbook that alters the predominantly European and North American "theological face" of Christianity by interacting with the voices of the Christian communities from around the globe. Introducing Christian Theologies explores the works of key theologians from across the globe, highlighting their unique contributions to Christian theology and doctrine.