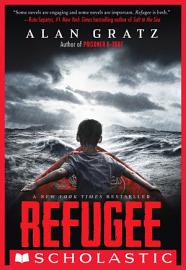 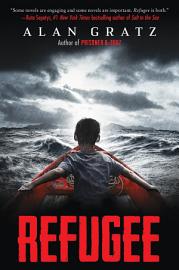 This action-packed novel tackles topics both timely and timeless: courage, survival, and the quest for home. Three kids go on harrowing journeys in search of refuge. And although Josef, Isabel, and Mahmoud are separated by continents and decades, shocking connections will tie their stories together in the end. 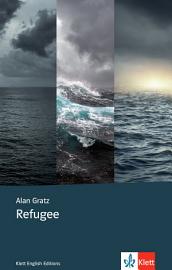 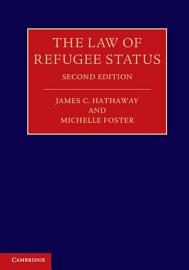 The long-awaited second edition of this seminal text, reconceived as a critical analysis of the world's leading comparative asylum jurisprudence. 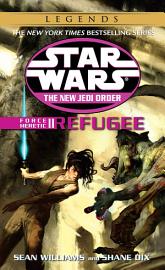 While Luke Skywalker and the Jedi continue their search for Zonama Sekot, a living planet that holds the key to defeating the Yuuzhan Vong, Han and Leia confront deception and treachery as they struggle to bring peace to a region of the galaxy that has descended into chaos. 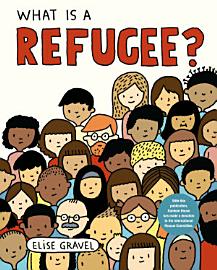 An accessible picture book that oh-so-simply and graphically introduces the term "refugee" to curious young children to help them better understand the world in which they live. Who are refugees? Why are they called that word? Why do they need to leave their country? Why are they sometimes not welcome in their new country? In this relevant picture book for the youngest children, author-illustrator Elise Gravel explores what it means to be a refugee in bold, graphic illustrations and spare text. This is the perfect tool to introduce an important and timely topic to children. 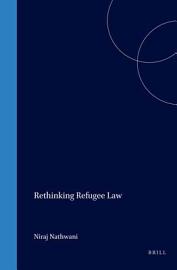 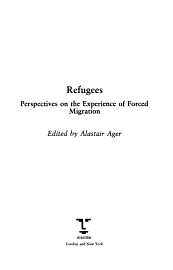 The growth of the world's refugee population has been a major phenomenon of the late twentieth century. This volume brings together senior authors from a range of disciplinary backgrounds to analyse the key forces that shape the contemporary experience of forced migration. It considers global, social and personal dimensions of displacement, demonstrating their close interrelationship in forging the experience of refuge. Recurrent themes include the importance o f valuing the resources, capacities and meanings indigenous to refugee communities, and the intimate linkage of the personal and political in the lives of refugees. In addition to providing deeper insight into the challenges and tensions of the refugee experience, the book seeks to provide a foundation for more informed debate on refugee assistance and asylum policies and practice. 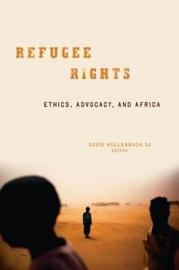 Of the over 33 million refugees and internally displaced people in the world today, a disproportionate percentage are found in Africa. Most have been driven from their homes by armed strife, displacing people into settings that fail to meet standards for even basic human dignity. Protection of the human rights of these people is highly uncertain and unpredictable. Many refugee service agencies agree advocacy on behalf of the displaced is a key aspect of their task. But those working in the field are so pressed by urgent crises that they can rarely analyze the requirements of advocacy systematically. Yet advocacy must go beyond international law to human rights as an ethical standard to prevent displaced people from falling through the cracks of our conflicted world. Refugee Rights: Ethics, Advocacy, and Africa draws upon David Hollenbach, SJ's work as founder and director of the Center for Human Rights and International Justice at Boston College to provide an analytical framework for vigorous advocacy on behalf of refugees and internally displaced people. Representing both religious and secular perspectives, the contributors are scholars, practitioners, and refugee advocates—all of whom have spent time "on the ground" in Africa. The book begins with the poignant narrative of Abebe Feyissa, an Ethiopian refugee who has spent over fifteen years in a refugee camp from hell. Other chapters identify the social and political conditions integral to the plight of refugees and displaced persons. Topics discussed include the fundamental right to freedom of movement, gender roles and the rights of women, the effects of war, and the importance of reconstruction and reintegration following armed conflict. The book concludes with suggestions of how humanitarian groups and international organizations can help mitigate the problem of forced displacement and enforce the belief that all displaced people have the right to be treated 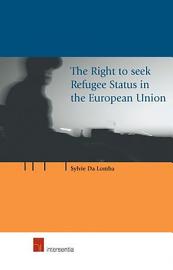 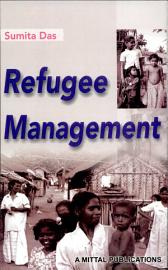 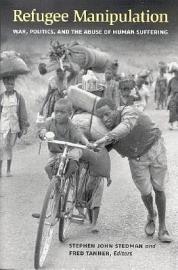 Since World War II, refugee organizations have faced a recurrent challenge: the manipulation of refugees by warring parties to further their own aims. Some armies in civil wars, facing military defeat, use refugees as assets to establish the international legitimacy of their cause, treat refugee camps as sanctuaries and recruitment pools, and limit access to refugees to ensure that they will not repatriate. Focusing on the geopolitical security environment surrounding militarized camps and the response of humanitarian agencies, the contributors to this volume examine the ways armed groups manipulate refugees and how and why international actors assist their manipulation. They then offer suggestions for reducing the ability of such groups to use the suffering of refugees to their own advantage. The contributors examine three cases: Cambodian refugees along the Thai border in the 1970s and 1980s, Afghan refugees in Pakistan in the 1980s and 1990s, and Rwandan refugees in Eastern Zaire from 1994–96. They argue that refugee manipulation occurs because warring parties gain resources in their fight for power and other actors, often the host government and regional and major powers encourage and support it. Manipulation is allowed to occur because the international refugee regime and major states have not identified a consistent approach to stopping it. In the post-Cold War era the United Nations and its members have chosen to treat the issue as a humanitarian problem instead of a security problem. As the contributors make clear, however, manipulation of refugees has important ramifications for international security, turning some civil wars into larger protracted regional wars. They argue that the geopolitics of refugee manipulation leads to sanguine conclusions about stopping it. Solutions must change the moral, political, and strategic calculations of states that are implicated in the manipulation. As long as the probl 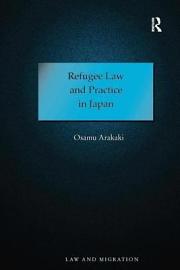 This volume examines the development of refugee law and policy in Japan. The book discusses systemic weaknesses and compares the evolution of law in Australia and New Zealand to highlight problems in Japan's refugee determination system. Ultimately, the book calls for Japan to reform failing systems and take innovative action towards refugee protection. 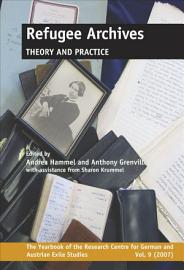 This volume gives an extensive overview of current developments in the field of archival collections relating to German-speaking refugees located in Germany, Austria, the USA, Ireland and the UK. The contributions illustrate the three interlinked areas of refugee archives, Exile and Migration Studies research and related databases and other resources. The articles investigate their interrelationship as well as the future challenges facing all three areas by focussing on larger archival holdings as well as collections relating to individuals and organisations and more recently established electronic and online resources and finding aids. The volume is aimed at researchers and archival practioners alike and should be especially useful for anyone starting out in the field.

Identity is constructed through a relational and contextual process informed by many factors - particularly gender. According to UNHCR, uprootedness caused by various forms of forced displacement affects about 37 to 40 million women and children in the world, posing major challenges to their identity and agency. Even though institutions and organizations have increasingly sought their participation, refugee women still find themselves in situations “where policies are generated, and programs delivered with little or no input from them” (Indra, 1989). This volume explores identity in all its complexities, in the increasingly racialized post-September 11th context, from the perspective of refugee women. Through the analysis of local examples and international case studies, the authors explore gendered factors such as location, humanitarian aid, cultural norms, racism, ethnicity, or current psycho-social research and intervention that affect the identity of refugee women. They also offer suggestions on the inclusion of gender and women's agency in theories, research methods, policies and practices (in law, mental health, education, spirituality, settlement, staffing and practices of NGO's). 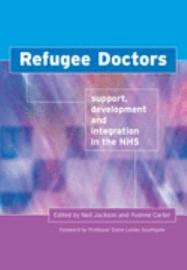 Many refugees and asylum seekers now in the United Kingdom have trained and worked as doctors, nurses, midwives and other professionals allied to medicine in the countries from which they have departed. However, refugees face considerable problems in their quest to continue or resume their careers as health professionals in the UK. This book has brought together authors from varying organisations and professional backgrounds who are dedicated to supporting the integration of refugee doctors into the National Health Service workforce and it is a useful handbook for refugee doctors themselves. It will help all refugee doctors use their qualifications and expertise in the UK, and maximise their contributions to the NHS workforce. (Adapted from publisher's abstract). 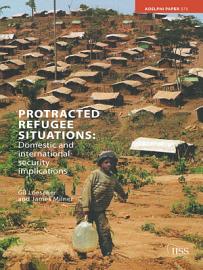 Protracted refugee populations not only constitute over 70% of the world's refugees but are also a principal source of many of the irregular movements of people around the world today. The long-term presence of refugee populations in much of the developing world has come to be seen by many host states in these regions as a source of insecurity. In response, host governments have enacted policies of containing refugees in isolated and insecure camps, have prevented the arrival of additional refugees and, in extreme cases, have engaged in forcible repatriation. Not surprisingly, these refugee populations are also increasingly perceived as possible sources of insecurity for Western states. Refugee camps are sometimes breeding grounds for international terrorism and rebel movements. These groups often exploit the presence of refugees to engage in activities that destabilise not only host states but also entire regions. 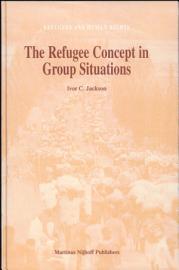 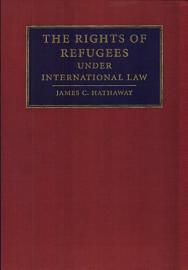 This book presents the first comprehensive analysis of the human rights of refugees as set by the UN Refugee Convention. In an era where States are increasingly challenging the logic of simply assimilating refugees to their own citizens, questions are now being raised about whether refugees should be allowed to enjoy freedom of movement, to work, to access public welfare programs, or to be reunited with family members. Doubts have been expressed about the propriety of exempting refugees from visa and other immigration rules, and whether there is a duty to admit refugees at all. Hathaway links the standards of the UN Refugee Convention to key norms of international human rights law, and applies his analysis to the world's most difficult protection challenges. This is a critical resource for advocates, judges, and policymakers. It will also be a pioneering scholarly work for graduate students of international and human rights law. 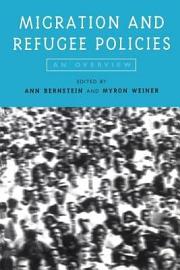 Migration and refugee movements are becoming increasingly prominent features of the millennial world. Persistent disparities in wealth and job opportunities and continued political conflict and repression impel growing numbers of people to seek work and safely outside their own countries. However, many governments and their citizens remain reluctant to open their borders to foreigners. For this reason, in one country after another, migration and refugee questions have become politically controversial, creating the need for a sound understanding of policy options and their implications.This book brings together five international scholars who survey key aspects of the international experience of migration and refugee policies. In Part II, drawing on the lessons presented by international experience, a team of South African experts address the thorny migration and refugee issues confronting that country's new democratic government.>