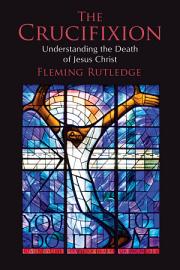 Few treatments of the death of Jesus Christ have made a point of accounting for the gruesome, degrading, public manner of his death by crucifixion, a mode of execution so loathsome that the ancient Romans never spoke of it in polite society. Rutledge probes all the various themes and motifs used by the New Testament evangelists and apostolic writers to explain the meaning of the cross of Christ. She shows how each of the biblical themes contributes to the whole, with the Christus Victor motif and the concept of substitution sharing pride of place along with Irenaeus's recapitulation model. 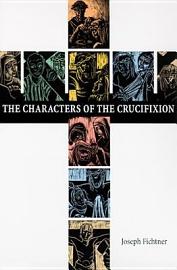 Fichtner offers a striking retelling of the passion narrative that enables anyone to participate in the crucifixion today as a Peter, Mary Magdalene or Mary, Mother of Jesus, not only in suffering but also in the triumph. He vividly retells 38 of Jesus' stories by characterizing 15 people who are somehow involved in the crucifixion of Christ. Each presentation concludes with a reflection-prayer which updates the event of the crucifixion and shows its personal and social implications. 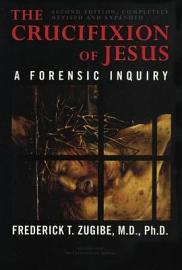 In a language that is both precise and easy to understand, Dr. Zugibe presents his discoveries culled from years of exhaustive research. Documented with 95 illustrations that explore the impact of crucifixion on the body, he demonstrates the realities behind the crucifixion on the body, providing a virtual autopsy on Christ from across the centuries. 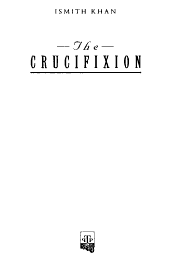 Told in two voices, one standard English, the other Creole, this novel is an ironic fable of a tragi-comic self-deception. It portrays the tensions between authority, freedom, law, and love in Trinidadian society through the character Manko and the stories of the other local yard dwellers. These range from memories of Trinidad's popular uprisings to a prostitute's narrative of what has led to her occupation. In exploring the popular folk archetype of the self-crucified preacher, the novel takes the balladic form of the calypso to greater depths. 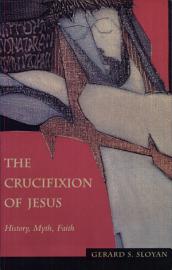 What was crucifixion? Why was Jesus of Nazareth executed and what really happened? Gerard Sloyan begins with history and traces the development of the New Testament accounts of Jesus' death. He shows how Jesus' death came to be seen as sacrificial and how the evolving understandings of Jesus' death affected those who suffered most from it - the Jews. He then traces the emergence and development - in theology, liturgy, literature, art - of the conviction that Jesus' death was redemptive, as seen both in soteriological theory from Tertullian to Anselm, in the Reformation and modern eras, and in more popular religious responses to the crucifixion. Especially fascinating is the story of the emergence of a distinct "Passion piety" that still characterizes the West. In all this Sloyan detects the separation of the cross from Jesus' life and resurrection, allowing the mythicizing of an event too large for mere words to handle: the mystery of the cross. 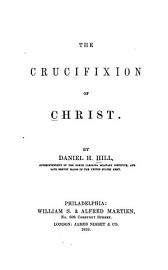 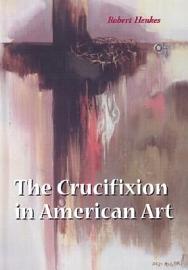 The crucifixion of Christ has been richly portrayed by countless artists for hundreds of years, but it was European Renaissance styles and painters such as Kurz, Benjamin West and John Valentine Haidt that first informed American artists of the possibilities for depicting the crucifixion. This work features artists living and working in America from the mid-18th to the 21st century who depicted the crucifixion of Christ in their artwork. The 19th century saw painters like Julian Russell Story, John Singer Sargent, Vassili Verestchagin and Fred Holland break from the Renaissance tradition of the 18th century to begin a religious art revolution. The 20th century saw painters like Thomas Eakins and George Bellows continuing the traditions of the 19th until the Realist style became dominant, which lasted until the latter part of the century and the rise of Abstract Expressionism and a number of experimental styles such as Op, Pop, and Super-realism. 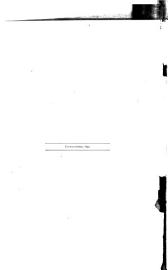 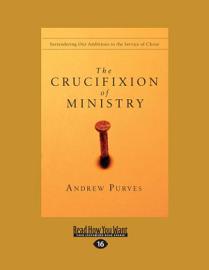 As a pastor, do you ever get the feeling that no matter what you try, nothing much seems to change? That is because the ministries themselves are not redemptive--they are not up to you. Only Jesus' ministry is redemptive. Jesus has to ''show up.'' Theologian Andrew Purves explores at the deepest level the true and essential nature of Christian ministry. He says that the attempt to be an effective minister is a major problem. Ministers are ''in the way.'' He radically claims that ministries need to be crucified. They need to be killed off so that Christ can make them live. Rooting church service in Christ's own continuing ministry, Purves provides a vision for students and practicing clergy to reclaim the vital connection between Christ and participation in his ministry today, even if it means letting Christ put to death the ministries to which pastors cling so closely. A radical appraisal for a critical malady affecting the life of the Christian church written in plain, down-to-earth language. 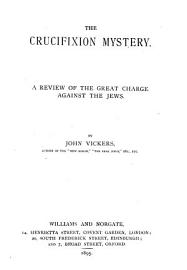 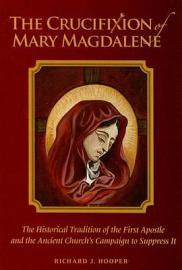 In order to protect its patriarchal foundations, the early Church obscured the matriarchal tradition of Mary Magdalene--whom the canonical Gospels claim was the first apostle, the Gnostic Gospels insist was a holy woman, leader, teacher, and, because of her holiness, Jesus's most beloved disciple. To discredit Mary, and hide her essential role in the foundations of Christian faith, the Church mounted a centuries long campaign to reinvent her as a wanton woman. 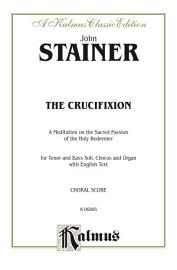 A choral worship cantata for SATB with TB Soli with Orchestra Accompaniment composed by John Stainer. 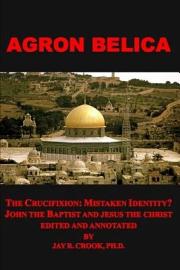 In this book, Agron Belica offers a fresh interpretation of the momentous events on a hillock beyond the walls of Jerusalem nearly two millennia ago: the Crucifixion. Belica asks disconcerting questions about the received version of gospel history and gives free rein to his inquisitive nature. Many of his ideas and speculations will strike the casual reader schooled in the ancient Biblical Traditions with which they conflict as unhistorical, impossible, and unbelievable. Yet, when questioning established premises, the impossible may often be shown to be possible, as Socrates was fond of doing. Mr. Belica does not claim to be proving anything, except that with some speculation and reinterpretation of the Biblical record and relevant Quranic texts, when coupled with a few remarks from Josephus, the whole traditional version of the Crucifixion can be seen in a different light. Belica throws new ideas and new possibilities at the reader, asking only that they be considered. Like a barrage of rockets shot into the moonless night sky, some flaring more brightly than the others, some of his speculations are more plausible than others, but all are provocative and worth thinking about. His is the first innovative interpretation of the Crucifixion since Dr. Hugh Schonfield looked at it two generations ago. Beyond that, Belica has taken upon himself the task of redressing the imbalance between the gospel Jesus and the gospel John the Baptist and, in our opinion, has done so with justice on his side. The gospel writers diminished John in order to exalt Jesus and transform him into a superhuman, divine entity. While their motives are understandable, the researcher who seeks to explore unanswered questions and obscure ?competitors? to the demigod they were creating, is understandably frustrated and can only mourn the lost evidence. This is particularly true for John the Baptist. In the New Testament, he is a minor figure, his purp 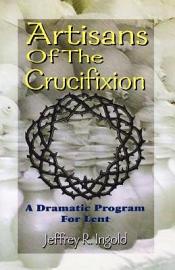 Use these dramatic monologues for a unique perspective on the events of Jesus' crucifixion. Viewed through the eyes of a Blacksmith, Carpenter, Stone Mason, Tanner, and Basket Maker, the presentations introduce the congregation to those who crafted the whip, wove the crown of thorns, forged the nails, constructed the cross, and chiseled out the tomb. Pastors can present these monologues themselves or assign them to church members. They have the flexibility of being performed very simply or quite elaborately. Few if any props are necessary. Jeffrey R. Ingold is the associate pastor of First Lutheran Church in Nashville, Tennessee. He previously served at Trinity Evangelical Lutheran Church in Ellwood City, Pennsylvania. Ingold earned the Master of Divinity degree from Trinity Lutheran Seminary in Columbus, Ohio, and the Bachelor of Arts degree in Music and Theater from West Virginia Wesleyan College. He has produced several plays, liturgical dramas, and musicals, and is a principal member of the Nashville Opera Chorus. 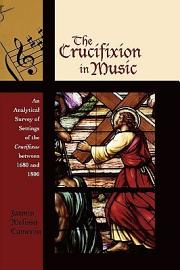 The Crucifixion in Music studies the musical representation of words and the concepts and contexts to which words refer, examining the way the treatment of a literary text, namely the Crucifixus, coalesces into a recognizable musical tradition that individual composers follow, develop, modify, or ignore. 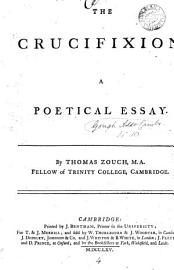 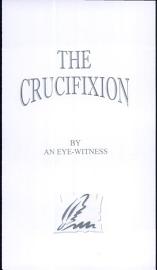 A letter, written seven years after the crucifixion by a personal friend of Jesus in Jerusalem, to an Essene Brother in Alexandria with the oldest painting of Christ (found on a tomb in the Catacombs).

Beginning with Plato, and carried over in the Christian tradition, western political thought has been wedded to the proposition that justice and virtue can be achieved in history through the adoption of proper norms. Hannah Arendt termed this "the tyranny of truth," and its effect is to transform politics into a religious exercise through commitment to metaphysical propositions like truth or goodness. The tumultuous political aftermath that formed the wake of Freddie Gray's crucifixion in Baltimore, MD, is an example of politics turned religious exercise. In those politics, confessional commitments to propositions related to race, society, and structure came to dominate the interpretation of the killing of Gray's mortal body. But as Gray was resurrected in various forms in the weeks after his death, one consequence is that a very poor community had one of their sons stripped from them first by police violence, and then again through politics whose discursive violence appropriated Gray as proof of its own metaphysics. 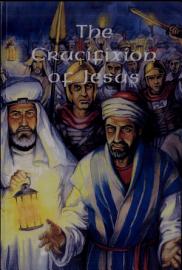 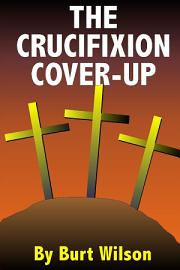 This book reveals a completely different perspective of Jesus' last three days on earth. It corrects the biiblical misrepresentations of his arrest and trial, exposes the shockingly repellent method of his gruesome crucifixion and shows why it is not possible to be resurrected in a physical body. The author contends that Jesus' cruxifixion has been "sanitized" by the church for religious reasons and that a cover-up of the true nature of the act of crucifixion was undertaken in 325 C.E. in order to make him more acceptable to the Roman masses as a God who walked the earth. Because people were wondering why a "good" God would allow his only Son to be crucified to benefit the people He, Himself created, the church spin doctors came up with the "He died for your sins" angle. This book sets to rest all the controversies over the crucifixion process and reveals the truth in clear, logical sequences.